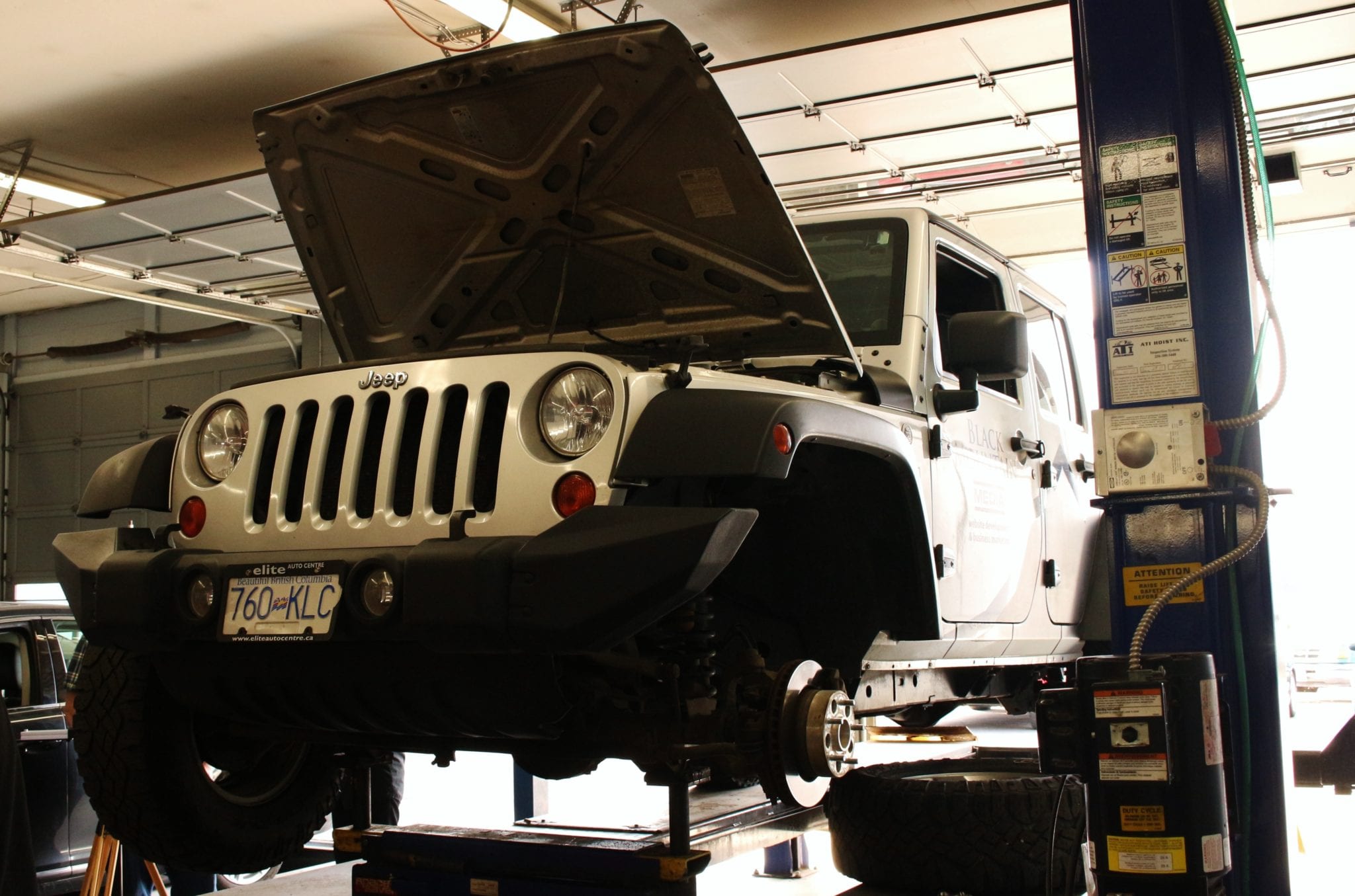 Struts reinforce the active components of the suspension to the same end.

Shocks and Struts keep you from hitting your head on the ceiling of the vehicle every time you hit a bump and from vibrating while traveling on rough roads.

How can you tell when you need to replace shocks and struts on your vehicle?

Here are several signs that your vehicle may need shock and strut replacements.

Noticing these signs as soon as they happen can prevent damage to your vehicle. Here are some of the signs you should be looking for.

The main goal of shocks and struts is to prevent the amount of suspension movement. The most common sign that you need to have them inspected is if you have a bumpy ride.

Your car is designed to comfortably withstand a certain amount of movement, so if you experience bumpiness or shakiness while driving, your shocks and struts are most likely worn out.

One of the first signs you may notice is poor steering response. Your steering wheel will often become stiff and hard to turn. There also may be unusual noises when turning the wheel.

In addition, you may find that your car sways or leans on turns or when changing from one lane to the other.

When your struts are worn or damaged, you may notice a “nose-diving” sensation as well as instability while braking.

If you feel a lurch forward while braking, you’ll need to have your struts and shocks inspected.

Strut damage is often better felt than seen, you might notice dented or damaged struts or shocks.

In addition to this physical damage, fluid leaks among struts and shocks are a sign they are worn out. Your mounts and bushings can also become corroded, damaged, or worn as time goes on.

If your tires show unusual wear patterns it may be caused by your worn out shocks and struts.

Suspension damage can cause cupping in tires, which is when cups or scalloped dips develop around the edge of your tread.

Cupped tires can be incredibly dangerous, so it’s important to look into having your tires rotated or replaced at the same time you replace your shocks.

Depending on vehicle and driving conditions, many cars require shock and strut replacements sometime after the 80,000 km marker. Instead of waiting for noticeable problems, you might consider having your suspension checked once you reach the 80,000 km.

Maintaining shocks and struts can prevent long-term damage to your car. Because everything in the car is connected, a problem with the suspension can lead to other problems.

Suspension problems can also be particularly rough on tires, which can become dangerous and expensive to replace. 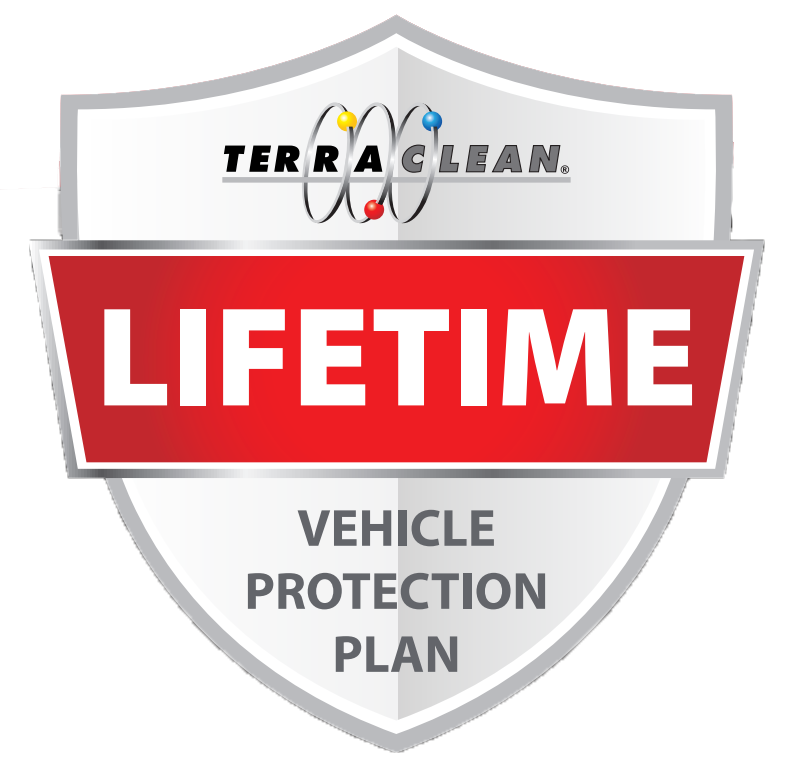 Ask about your lifetime protection plan when you use TerraClean products with your service.

Brake fluid performs a vital function in your vehicle. Without it, your brakes won’t work. Every time you press down on the brake pedal, the fluid transfers energy from the pedal through the brake lines, to the wheel cylinders or calipers against the drums or rotors...

Brakes provide an important function for your vehicle and need to be maintained to perform their best. The brake caliper, brake pads, and brake rotor are the primary parts of your car disc brake systems. The brake pads and rotors wear out over regular use, but brake...

Should You Change Your Cabin Air Filter? Air quality is important. Your cabin air filter or dust filter cleans the air that enters your vehicle’s interior via heating, vents, and the air conditioning system. When it’s clean, it will trap dust, pollen, and various...

Why should you change your car air filter on a regular basis? Other than electric cars, most modern automobile engines run by internal combustion and requires air to operate. Without air, fuels cannot burn to provide the explosive force that powers the engine...

The cooling system of your vehicle helps keep your engine at peak operating temperature. In hot conditions, it cools the engine. Then, when the thermometer plunges to extreme cold temperatures it prevents the cooling system from freezing. As well, it helps cool...

"Why doesn't my diesel vehicle perform the way it used to?" You may have noticed that your vehicle doesn’t have the same performance it had when you first bought it. There can be a few reasons for this. As your diesel engine runs, not all the fuel is completely burned...

What does your differential do for you? Power is delivered from your vehicle’s engine, through the transmission, and on to the differential to turn the wheels. A differential allows the wheels to rotate at different speeds. This is important when you are turning a...

Engine Belt and Hose Service When everything is running properly, you never give your vehicle’s belts and hoses a second thought. When they break though, it becomes a big problem very quickly.Engine Hoses Engine hoses are designed to carry liquids. If a radiator hose...

Engine oil is the lifeblood of your vehicle. Why is an Engine Oil Flush so important? Imagine you are at a water park and going down the slides. You slide easily down the chutes because it is lubricated with water. Now imagine the water is becoming contaminated with...

Your Engine - The Bad News Over the last few years, ethanol has become a greater component of gasoline. While some people believe that ethanol can help the environment, it has proven to be detrimental to automotive fuel systems and the lubrication system. As the...

Your vehicle’s exhaust and muffler system is a series of pipes that removes the harmful gases produced in your engine. However, it is responsible for a lot more! Regardless of small a leak may be, you should consider an exhaust and muffler repair to protext your...

Your Fuel System Fuel injectors deliver fuel to the engine’s combustion chamber by spraying a fine mist onto the back of an intake valve. If you can imagine an aerosol spray can being sprayed multiple times per second in the engine, then you can understand the...

Why get a Kelowna Oil Change? The most basic, cost-effective way to protect your car engine is to change your oil and oil filter on a regular basis. You can get your Kelowna oil change at Paragon Motors Auto Repair. Oil helps to keep the engine in motion by reducing...

Power steering fluid is subjected to extreme heat and pressure. This can cause the fluid to degrade – in a similar manner as motor oil or transmission fluid – losing its ability to lubricate the system. The steering can become harder and much noisier. As well, the...

Spark plugs produce an electrical spark that ignites the mixture of fuel and air in your engine’s combustion chambers, creating an “explosion”,  forcing the pistons to move up and down. This “explosion” creates the turning force needed to propel the vehicle forward...

Is Tire Rotation a Good Idea? Yes and No. A better question to ask our technicians would be, “Is a tire rotation a good idea for my vehicle?” What is involved in the process of rotating a vehicle’s tires? Simply put it is moving tires to a new location, right to left,...

When it comes to purchasing tires, a few important factors will help you decide which is best for you and your vehicle needs. Your driving habits and the type of vehicle you're driving are two big things to consider. Weather should also be a key factor in your...

Most people don’t think about their battery or the cables attached to them until they hear that dread “click” and then nothing. Or the sad sound of the engine trying to start and slowly getting weaker. You may have noticed that batteries are not lasting as long as...

Without a proper wheel alignment, your tires can wear faster, costing you more over the life of your vehicle. Your fuel consumption may also increase because the tires are not rolling as smoothly as they should. There could be a slight dragging effect that may require...

Windshield wipers are easily the most forgotten moving part on your vehicle... until you need them. Unfortunately many drivers, for whatever reason, try to get longer life from their windshield wiper blades. Driving in the rain, snow, or slushy weather can be...